Like the X-Files, some shows were crucial to the main storyline, and others were somewhat more light-hearted.


The story goes like this: Thomas Veil is "unveiling" some of his photographs at a local art gallery. A particularly interesting one features a US soldier hanging several people. Afterward, he celebrates with his wife at a restaurant. He briefly goes for a smoke in the washroom, and upon returning to his table discovers that his wife is gone, and the owner acts as if he doesn't know who Tom is.

And that's where the series takes off. It seems that his photo of the military man hit a nerve. Every episode sees Tom either running from people who want him dead, or trying to re-establish contact with his friends and family.

Of course, they all act as if he is a stranger, or worse yet, if they do side with him, it is only in the interest of later double-crossing him. Basically, The Fugitive, but with a twist.

My fellow countryman, Bruce Greenwood, is always excellent in the lead role. Unfortunately, the show lasted only one season, making the final episode seem somewhat rushed, with some ends needing to be tied up or so I think. If the series is, or becomes available on DVD, I highly recommend you pick it up! Explore popular and recently added TV series available to stream now with Prime Video. Start your free trial. Find showtimes, watch trailers, browse photos, track your Watchlist and rate your favorite movies and TV shows on your phone or tablet!

The first of these was 21 October , when they taped two takes of the song after a period of rehearsal. The first of these takes was a false start; the second was a rhythm track played on just electric guitars, with a three-part vocal harmony introduction. The next day the group began a remake, completing the rhythm track in three attempts. Nowhere Man was one. 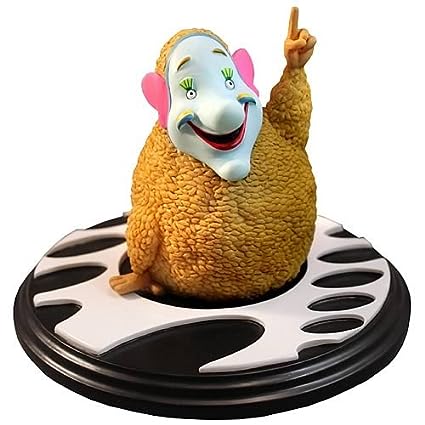 I think they were quietly proud of all those things. All in all, perfection in pop music. But then it came up out of the shuffle, and the a cappella introduction blew my mind. Did any of that make sense? This one is really interesting! The speaker was then miked and fed to the board, adding to the treble effect that they demanded for the guitar sound.

Is it just me, or do the boys go slightly flat by the end of the vocal introduction? The transition from the vocals to the instrumentation has always stuck out to me because of that. The backing track without the vocals is perfect. Almost no vocals needed. But then here come the best vocalists in all of rock and roll and it completes the song. I always have to listen to Nowhere Man until the end when Paul adds the final harmony. No better three-part harmony anywhere. Ha, well done! I disagree, thinking that there are countless other track sequences that are worse. Local Cheshire legend has it that when the Fabs arrived at the Royalty Theatre, City Road, Chester on May 15th , they dropped off their gear and asked where they could go for a walk.

It is claimed locally that this stayed with Lennon. Yes I have heard this from a reliable source. Maybe they were visiting there also. One, George played the lead live on his Epiphone hollow body, not on a Fender. IOW, could very well have been two strats, singing away! Lewisohn would not have detected John and George playing in unison on a single track when he listened to the tapes twenty years after the fact. There are at least two pieces of auditory evidence suggesting they did in fact both play lead.

The first electric guitar chord, for example, has more notes than there are strings, supporting the notion that they either deliberately or accidentally and I believe the latter played slightly different chords. The second piece of evidence comes from the end of the guitar solo. We hear a slide from the B 7th fret of the E string to the open E followed by the swell of a decay from a harmonic.

The attack is not audible, so it was played by adjusting the volume knob on the guitar or, less likely, using a volume pedal from silent to maximum volume while the note rang. It is not possible, using the techniques the Beatles were using in , to play the solo and produce the described harmonic sound in a single track unless two guitarists are playing in unison. Listen to the recordings from the tour Budokan, Candlestick, etc.

My information came…. What guitars they used onstage has nothing — zero, nada — to do with which instruments they used in the studio. The record definitely sounds like two guitars. The 2 part guitar solo may have some legs. Sounds to me like a 12 stringer for the first 4 bars of the solo and then a 6 stringer. Sounds awfully close to a Gretsch for me too, that one. I used to play a pre strat, and I discovered that by putting the pick-up selector between two settings which is hard to do quickly because there was a spring action to gravitate to only one of the three pick-ups , I got a very gretschy sound, stunningly so.


Maybe john or george had already discovered that.